This is an exhibition about a song by Radiohead; an unsettling painting; power; data; the Internet as a progenitor of images and conscience; and the threads that weave these narratives together.

Karma Police was released on Radiohead’s iconic album OK Computer in 1997. In 2015, it was revealed that the United Kingdom’s Government Communications Headquarters Covert Operation to surveil the Internet activity of citizens was nicknamed KARMA POLICE. Championing the lyric: “This is what you’ll get if you mess with us,” the intent was to establish a web browsing profile for every user on the Internet by harvesting Internet IP addresses. Billions of digital records of citizens’ online activities were being vacuumed, stored and catalogued in a facility in Cheltenham, England, including visits to social media, news, chat forums, blogs and porn sites.

If we think about the expanse of the British empire, the colonialist ideology and problematic historical and narrative vantage that images such as Landing of Captain Cook at Botany Bay, 1770 (1902) by E. Phillips FOX promotes, this visually represents the trajectory today that nation states and global trillion dollar companies are forging towards with respect to cyber sovereignty shaping political and social economies. The commodification of data becomes a new form of colonial conquest of a seemingly boundless frontier. My intent is not to undermine the framings of such problematic historical figures and works with respect to minority cultures and indigenous histories, but to reframe the work in the vista of looking towards the future in the digital age. In a revisionism of history, through data breaking an appropriated image of Fox’s painting ripped from a Google search on the Internet, the space in between the central figurehead is exposed, which would otherwise be absent visually and otherwise unspoken.

These abstract, floating image files represent cropped, isolated, structural fragments of a much larger conversation, backed by the sonic manifestation of the image data itself; thus positioning the viewer to navigate a contemporary landscape painting. To hear the sound of the data is to hear the image. Will you still be able to hear the image if the sound file disappears? Will you see the image if you close your eyes and only listen to the sound file? Can you feel the sensual touch of satin without lifting a finger?

Just as global telecommunications have condensed time and space, computation conflates past with future. That which is possible, is that which is computable. Google has become what people think, in an effort to map every interaction, thought and piece of knowledge. Algorithmic prediction and automated data sets project a tailor-made future that is based on the biased past, which bridges the present, which is in a constant state of flux. This produces an endless feedback loop, establishing networks that demand more and more information, generating more and more data.

In Jonathon Glazer’s music video for Karma Police, a middle-aged male in business attire is sinisterly tracked at night along an isolated road by a vintage Chrysler, before fortunes are flipped in a blaze of fire. The viewer is positioned in the driver’s seat of the vehicle, directly complicit in the unfolding terror.

Perhaps you are Thom Yorke, propped up on the velvet clad rear seat of the Cadillac. Perhaps you like to think you are the driver, seemingly in control. But like the lone figure being chased in the headlights, as you navigate the exhibition, consider that with every click, search, conversation, download and email, we are all potentially being hunted.

Phew, for a minute there, I lost myself.

This is What You Get: An Oral History of Radiohead’s Karma Police Video. www.pitchfork.com 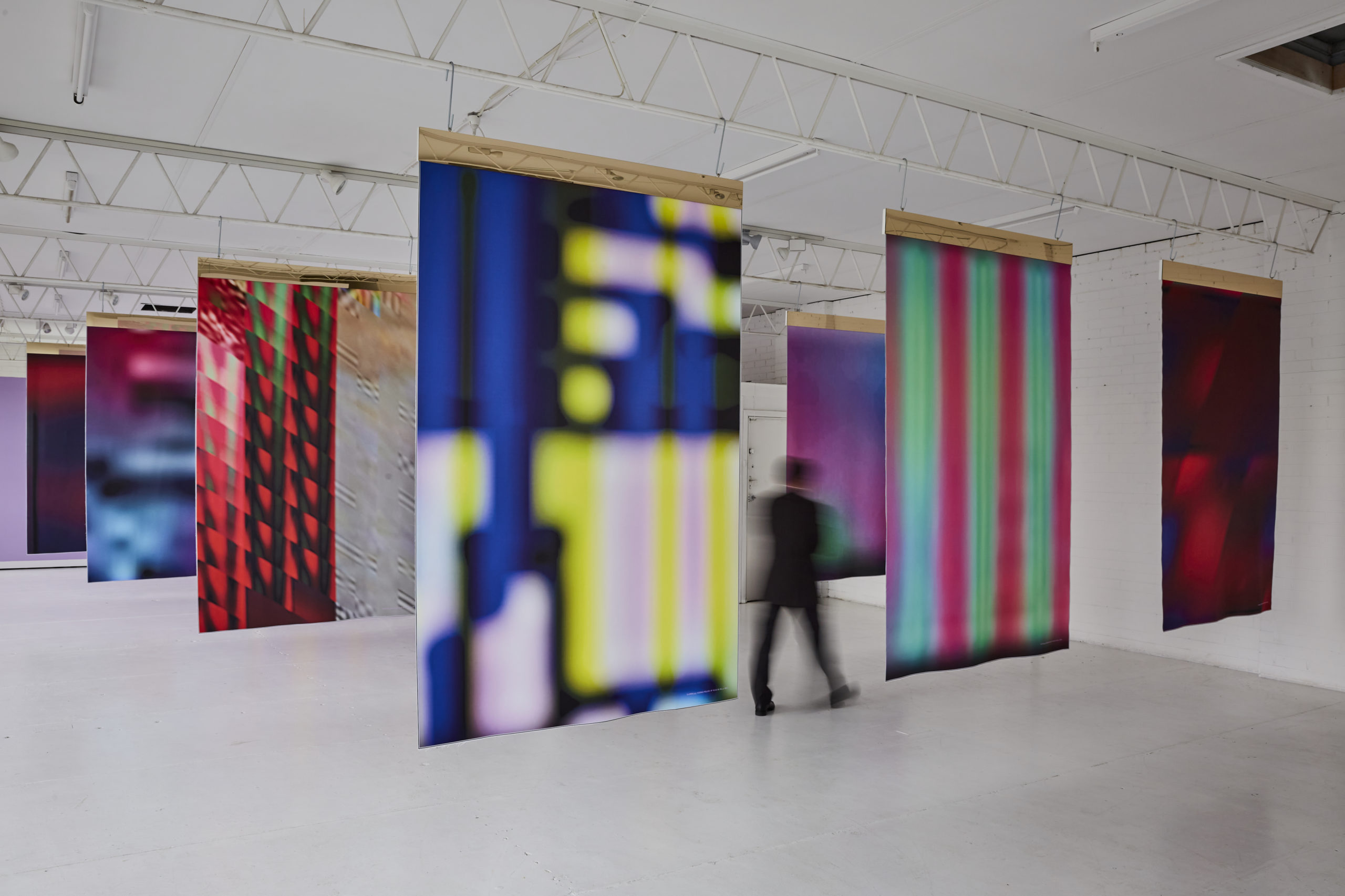 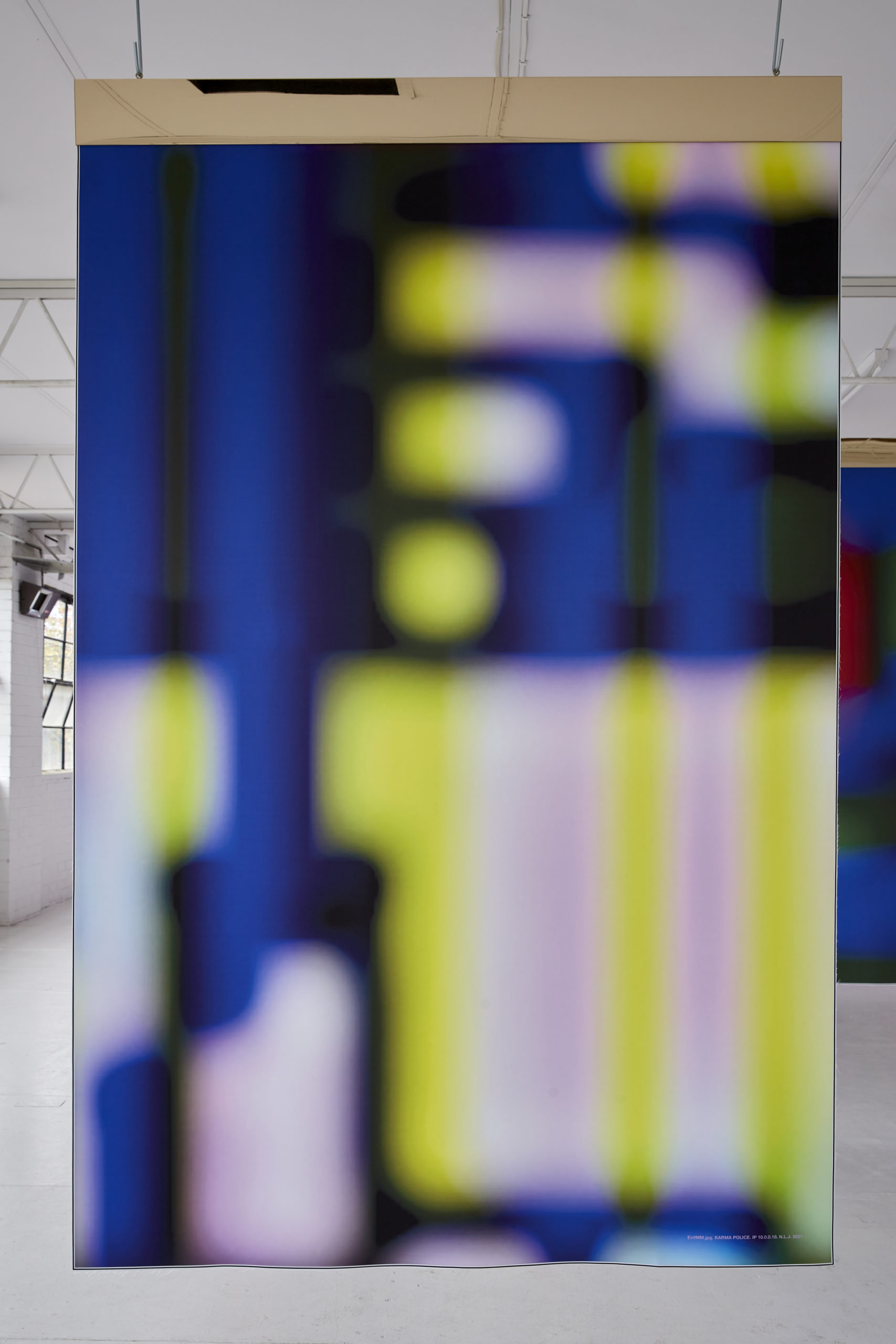 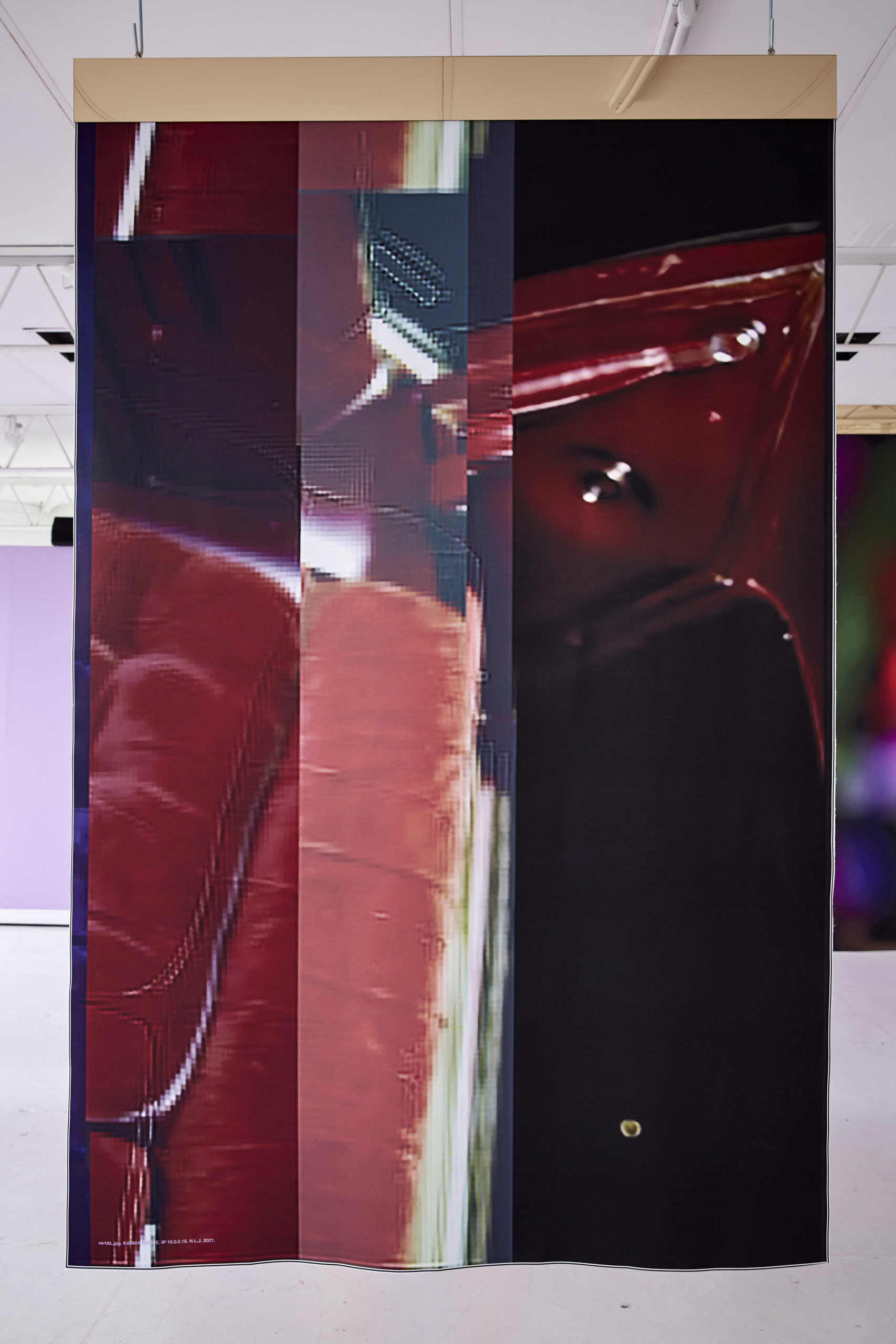 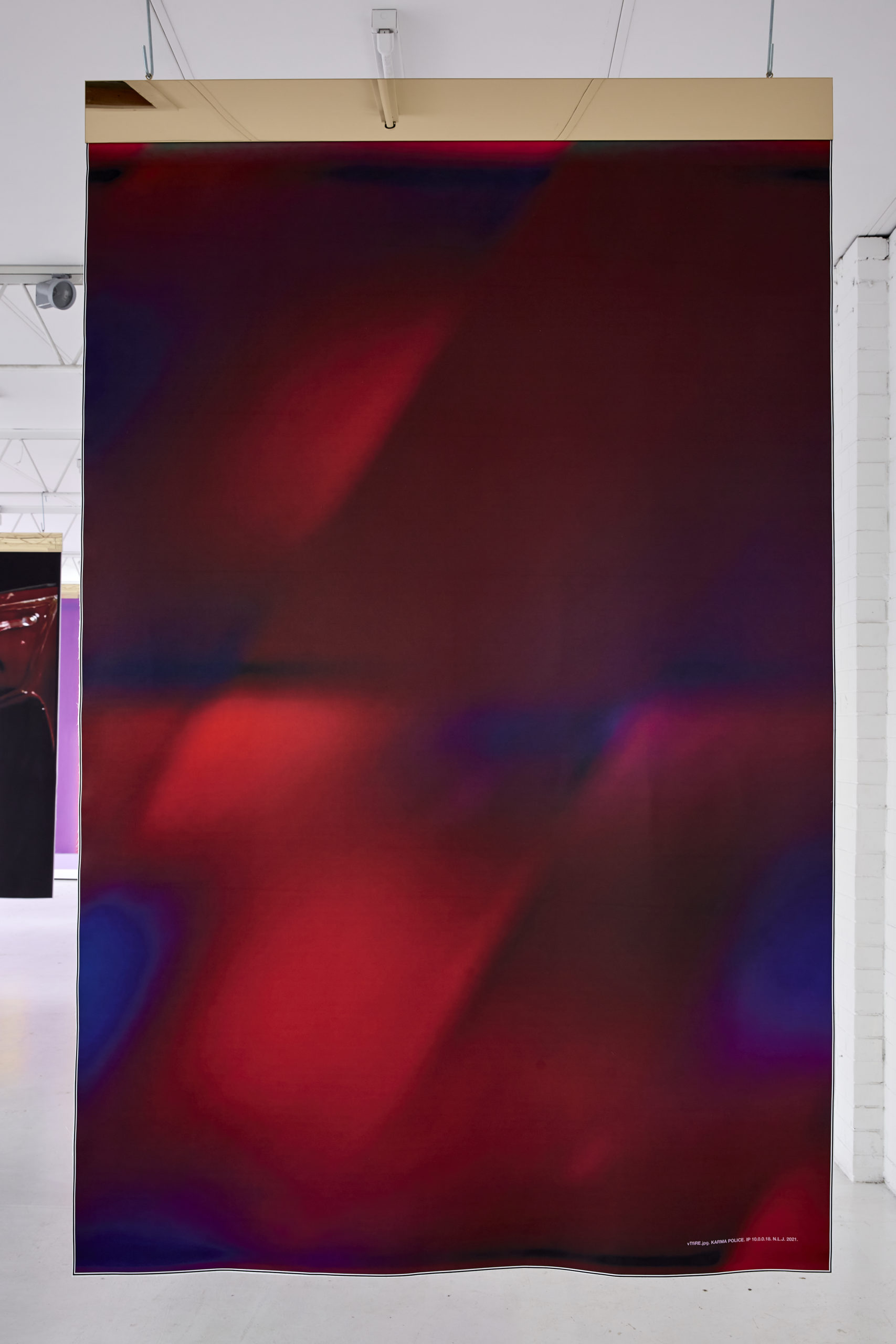